Should Christians Be Environmentalists?

In December 1966, historian Lynn White gave a paper at the American Association for the Advancement of Science arguing that the roots of America’s environmental crisis lay in Christianity and Judaism. White’s paper, which has shaped the anti-Christian animus within parts of the environmental movement for decades, was published in 1967 in Science magazine with the title, “The Historical Roots of Our Ecologic Crisis.”

White argued that the notion of a God who is transcendent over his creation desacralized nature, turning it into a mere instrument for human purposes. Judeo-Christian theology, which not only gives humans dominion over creation, but (in light of the curse) calls them to struggle against it for their survival, helped to promote a utilitarian and exploitative approach to nature as a mere resource, an attitude that became more and more destructive throughout the modern period.

White’s argument has been refuted many times over the years, but that has not eliminated its force among environmentalists as a general critique of Christianity. The reason for that, in part, is that his argument does have an element of truth to it. There is no doubt that over the centuries, especially after the Enlightenment, many Christians have viewed the creation with precisely the attitude that White describes. In the heady days of exploration, colonization, and imperialism during the 17th and 18th centuries, many self-proclaimed Christians embraced the Enlightenment’s turn to the self, to rationality, and to the scientific method, arguing that it was the white man’s (in the gendered sense) destiny to conquer the world and to exploit its people and resources for human advantage. However much they may have rejected various parts of this view, more orthodox Christians nevertheless often fell under its influence in practice (and even ideology) as well.

White’s argument has been rendered all the more plausible since the 1960s because of the influence of the culture wars on the environmental movement. As Robert H. Nelson argues in his interesting book, The New Holy Wars: Economic Religion Versus Environmental Religion in Contemporary America, both economics and environmentalism have taken on nothing less than a religious character and fervor in their attempts to explain world possibilities and challenges while claiming full moral authority over human life. For various reasons, one of which is the unnecessary and self-destructive impulse of the environmental movement to demonize business, industry, and capital, and to rely on centralized federal bureaucracy to advance its cause, the Christian Right has tended to ally itself with economic religion rather than environmental religion. 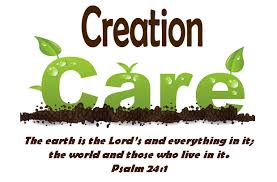 Today, most Americans, including Christians, share broadly in the concern about the environment as well as in the judgment that the federal government should protect that environment by regulating industry, limiting pollution, and conserving natural resources and parks. But despite the encouraging emergence of the Creation Care movement within Evangelicalism, environmentalism remains powerfully influenced by forms of pantheism and other profoundly anti-Christian instincts. In the political spectrum that shapes our outlook on just about everything in this politicized country, the environmental movement remains on the far left.

If there is any area in which a rapprochement would be for the benefit of all, this is it. Eliminating the left’s grip on the environmental movement, and especially on government bureaucracies like the Environmental Protection Agency (EPA), would give it more credibility among the American public, and broaden its influence. It would mitigate the statist impulse that so often informs its political campaigns by encouraging the sort of market oriented strategies that often work best. It would curb conservatives’ tendency to oppose environmental regulation in the name of free enterprise no matter how necessary that regulation in a particular case might be. In short, it would help liberals and conservatives alike to see that Christianity, care for the environment, and commitment to a free market economy need not be, and never should have been, rivals in a zero-sum game.

Is there a way forward? No doubt it will be a challenge to overcome the politicization that plagues more and more of American life as the years wear on, but there are promising signs that at least Christians are increasingly interested in improving their record on creation care.

In a (for the most part) excellent essay in The Cambridge Companion to Christian Ethics entitled “Ecology and Christian Ethics,” Michael S. Northcott demonstrates that the roots of the West’s instrumentalist, exploitative attitude towards nature lie in the Enlightenment, not in orthodox Christian theology. It is not simply a matter of demonstrating that God called the creation good, or that the dominion God gave to Adam and Eve in Genesis is a matter of stewardship and protection rather than exploitation or domination. Much more, Northcott argues, following Oliver O’Donovan’s excellent book Resurrection and Moral Order, Christian theology and ethics is shaped by the central paradigmatic event of Jesus’ resurrection. In Jesus’ incarnation God demonstrated his commitment to save the material world from human sin and the curse. In Jesus’ resurrection God gave that creation a new life, reconciling all things to himself. In Christ’s resurrection, in other words, creation and redemption come together. Both find their goal, their hope, and their telos, in the coming kingdom of God. Every time Christians partake of the Eucharist, as Ben Quash points out, they celebrate – in a profoundly earthy way, by the consumption of bread and wine – this hope.

That does not mean Christians forget about the curse or imagine that Jesus will restore the creation to wholeness before his return to judge the living and the dead at the end of the age. It doesn’t mean they imagine that their actions relative to the environment have eternal material consequences (Jesus builds his kingdom, not us.) It does mean that Christians shouldn’t relegate nature to that which does not matter, to that which is forever cursed, or to that which will end in destruction. The creation groans, as Paul says in Romans 8, because it awaits its transformation. Christians should relate to creation as that which, like them, is destined for salvation.

Although he does not use the term, then, Northcott ends up proposing something like a two kingdoms approach to care for the environment. We should never imagine that our efforts are transforming the cosmos or bringing the kingdom to earth; we should expect to witness to God’s love for creation, and to his promise to transform it, by treating it with care, respect, and justice. We shouldn’t fall under the spell of utopian schemes to return nature to some sort of pristine, untarnished state. We should do our best to minimize the harmful effects of human sin and carelessness, a goal balanced only by the other tasks to which we are called (i.e., the promotion of human flourishing).

There’s so much more to say here, of course (so don’t blame me in the comments section for not saying something you think I should have said, though feel free to argue with what I have said). In future posts I hope to consider the significance of natural law in all of this, as well as the appropriate balance between environmental and free market concerns. But hopefully this is a good start.